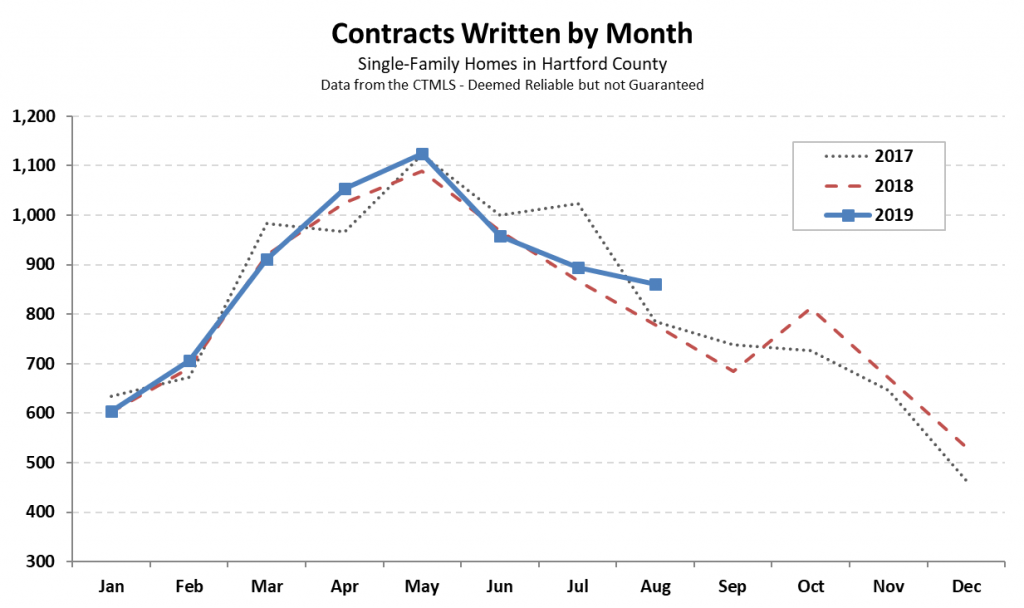 The Hartford County single-family market finished August with 860 contracts, which was more than 10% higher than the total from August 2018. On a year-to-date basis the County is more than 2% ahead of 2018.

Something that is hidden in the data is that there has been an uptick in the number of deals that didn’t make it all the way to closing. We track when buyers and sellers agree to deals, as that’s the point when the big action is taken. But the ultimate goal of the contract is to close the deal, which usually takes about 45 – 60 days from when the contract is signed.

Over the past 2 years the number of actual closings has been about 88.5% of the number of contracts signed during the year. This year it seems likely to be lower, but we’re not going to know the final tally with a comparable number until January.

Despite the uptick in blown up deals, buyers continue to be interested in purchasing homes. This year they have not had as many options to choose from, as the inventory chart below shows. The data shows that for all the price bands there is just a little over 3 months of homes available. As always the dynamics of the market vary by price band with generally lower inventory at lower price points and higher inventory at higher price points. 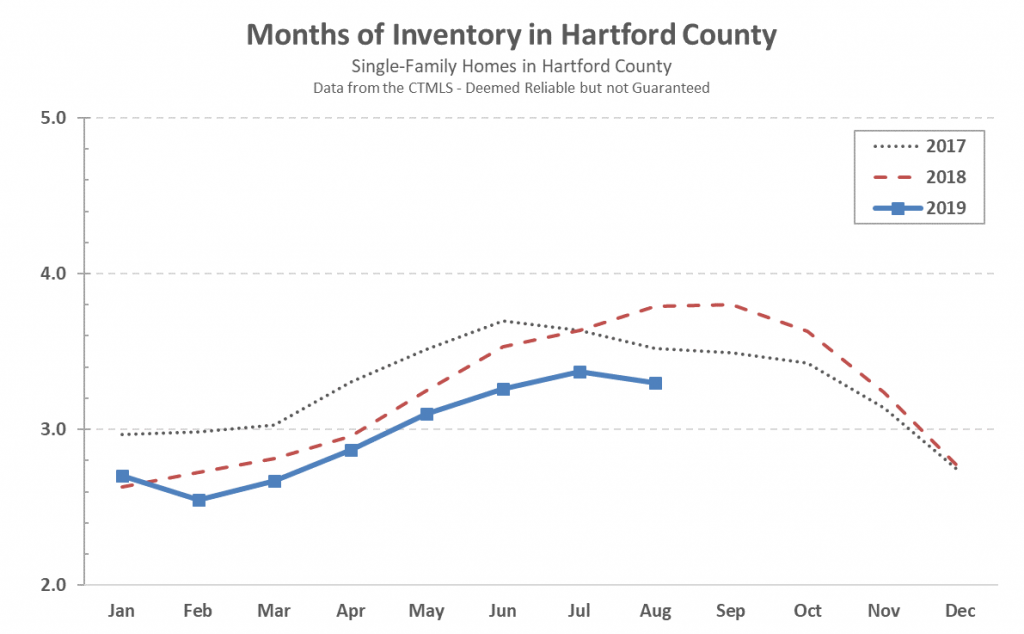 Finally, here is the August single-family contract totals on a town-by-town basis. 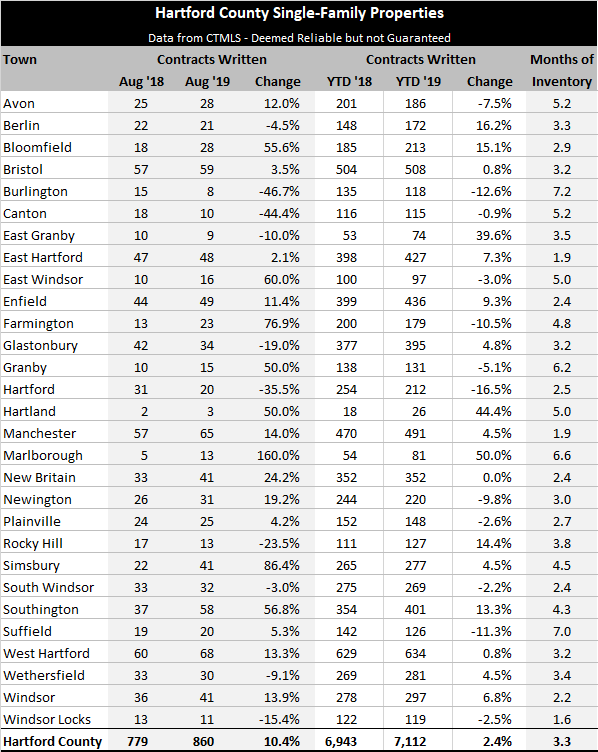