Historic preservation is a labor of love, with individuals and small groups fighting to restore pieces of our collective past. Two families in Hartford’s West End, the Kleins and the Winkleys, have stepped up to personally commit their resources and talents to revitalize a historic home in their neighborhood. By the time they’re finished, the team will have transformed a poorly maintained and out-of-date structure into a brand new Shingle style home circa 1905. 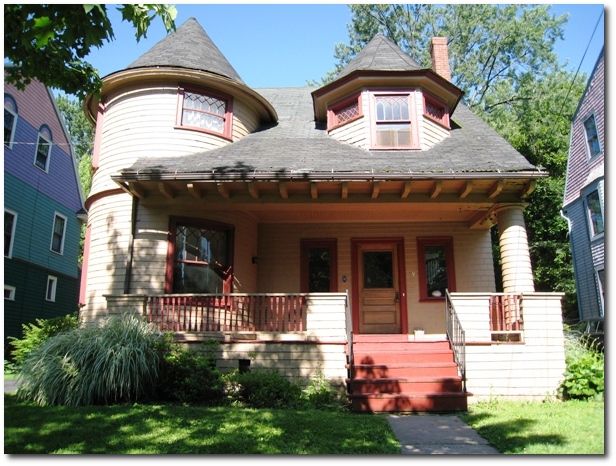 For those not familiar with Hartford’s West End, the neighborhood is located at the western border of the city. Its single and multi-family housing stock was developed at the very end of the 1800s and during the first few decades of the 1900s. The homes are solidly built and range in size from about 2,000 sqft to over 10,000 sqft. Most have a level of architectural detail that is not found in more modern homes.

The property that the Klein-Winkley team purchased had been on the market for over a year before they submitted their bid. Some of the architectural elements have been well preserved, including the woodwork and fireplaces, but much of the house was in poor condition. They plan to both address the deferred maintenance on the outside and update the inside to modern tastes – all while preserving, and in many cases improving, the home’s architectural character. Learn about the effort and follow the team’s progress over the coming months as we look more closely at a project that will preserve a piece of Hartford history.

Continue on to the next installment, The Beginning.