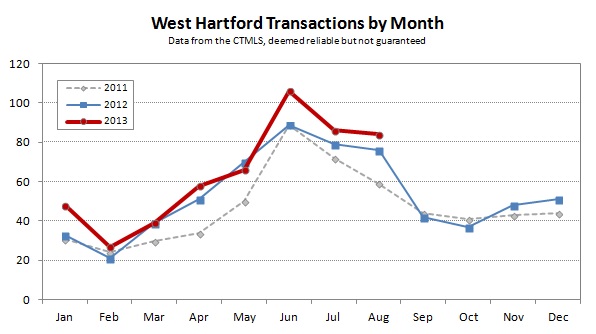 The most active price bands are showing an increase in activity over the past 12 months. Homes priced at the upper end of the market are in line with the previous year.

However, at the lower end of the market there has been a 13% decrease in the number of deals that have closed in the $100,000 through $199,999 range. We believe this is a signal of strength in the market. There is enough demand for West Hartford homes that properties that would have previously sold for less than $200,000 are now commanding slightly more than that (arbitrary) threshold.

Another stat that points to high demand for homes in the $100,000s is the ratio of properties under contract to properties actively for sale. That price band is the only one in which the pending deals outnumber the active listings – and it’s not even close.

The big question as we move into the fall is whether the market will drop off sharply, like it did in 2012, or whether it will gradually decline as we approach year end. 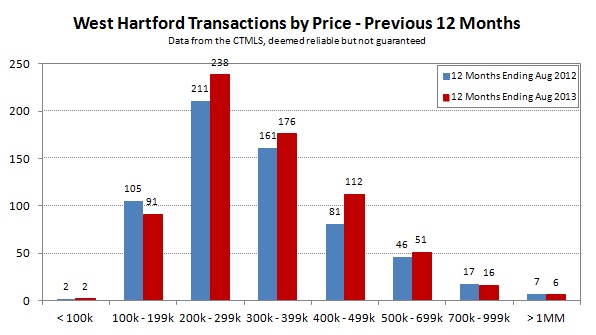 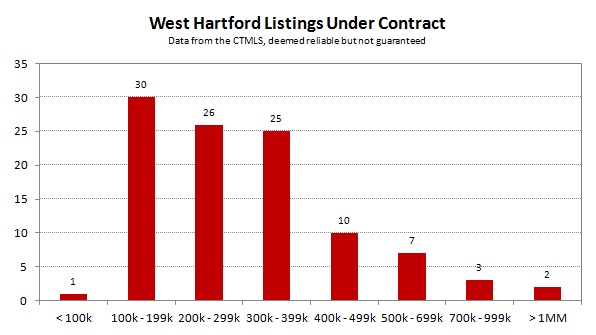 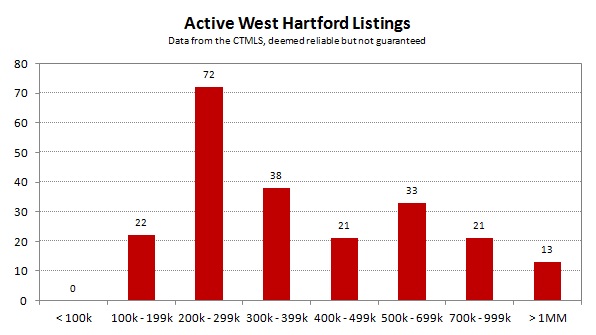