November is traditionally the time of year when real estate activity begins to slow. We did see a modest fall-off in deals, but it was not a big surprise, and was an average of recent results. Last year November was more in line with October than December, while in 2009 it was an even larger decrease from October than we’re seeing right now. 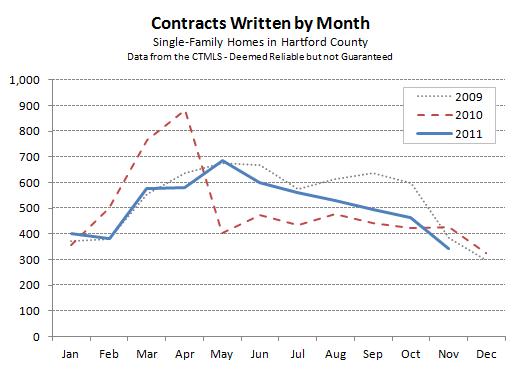 Perhaps winter arrived a little early this year in Greater Hartford; we all know that the snow did. Widespread power outages beginning with the storm on October 29th impacted the real estate market for the entire first week of November. Buyers were focused on other priorities and sellers’ homes and properties we in no condition to show, never mind impress. There were few, if any, showings until the weekend of 11/5 when brave buyers began to tour unlit homes with their flashlights. With the storm at the beginning of November, and Thanksgiving at the end, we were lucky to have two solid weeks during the month for real estate.

Switching over to the sell side of the equation, it feels like there is very little new inventory entering the market right now. It can be weeks between interesting new listings that match our buyers’ search criteria. November is not traditionally a popular time to put a home on the market, but it may be a good strategy in some of the more active submarkets where there are buyers actively looking. If a home shows very well, and is properly priced versus the competition (mostly listings that didn’t sell during the fall), then it should generate interest.

Homes that have been on a long time without selling probably are best served by coming off the market for a few months over the holidays. Buyers tend to tune them out over time, so laying low for a little while can work in the sellers’ favor. When sellers relist in the spring there will (hopefully) be lots of new people in the buyer pool who will be excited to go see the home for the first time.

Here are the town-by-town stats for the month of November – they are even more scattered than usual. 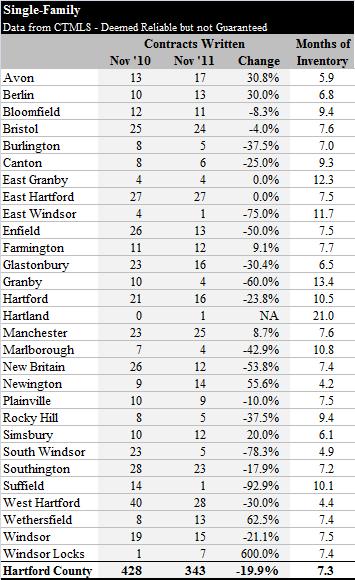