On Tuesday evening, Town Manager Ron Van Winkle presented his proposed budget to the Town Council. West Hartford Patch was in attendance and provides a thorough account of what happened. Mr. Van Winkle’s slides are also posted on the Budget Page of the Town website.

The quick summary is that the proposed budget is a 5.1% increase over the current year budget, which means that the Town will need to collect more in property taxes in the coming year. 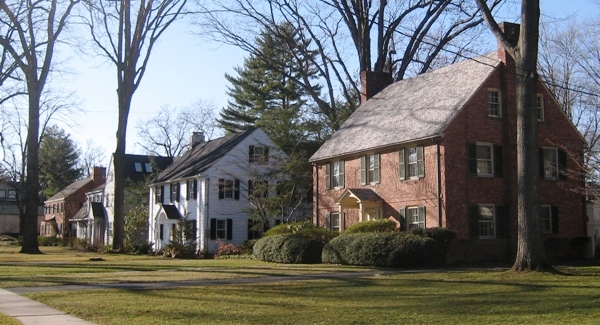 Moving beyond the question of how much of a budget increase is appropriate, we get to a more difficult question. How should the tax burden be distributed across property owners?

The current situation is a hot mess. It is unfair, and it is confusing. We believe that the Town leaders need to rip the band aid off and implement the new market values all at once. Here’s why:

1. Property values declined from the 2006 values. The Town Assessor found that property values fell modestly between 2006 and 2011. Since we were already working towards the higher 2006 number with that phase-in, before it was frozen, moving to the lower 2011 number won’t be as dramatic a change as we faced last time around.

2. It’s the fair thing to do. Because prices didn’t fall as much as was feared, and because we didn’t complete the 2006 phase-in, we never reached the “fair” allocation of the tax burden for the previous five years (where everyone pays based on their property values). In hind-sight, we probably should have completed the phase-in as planned. Launching another phase-in now will extend the misallocation of the tax burden for another five years.

3. Keep it simple. The frozen phase-in was very difficult for owners, home buyers and real estate agents to understand. It also made a lot of extra work for the town employees. A special website was built to try to address the concern, and someone had to be there to field the extra calls from us agents and other interested parties. All real estate websites showed an incorrectly high tax number, unless a seller’s real estate agent knew that it needed to be corrected, and how to correct it.

The evolution of property values since revaluation 2006 should give Town leaders and residents confidence that property values are stable. Further, revaluation 2011 numbers are closer to the bottom of the market than the top. This spring we are seeing a very active real estate market in which demand is higher than supply. The new market values are a snapshot of the true current price environment and should be used as the basis for the distribution of the tax burden for the coming five years.

The West Hartford Budget Process will continue until the mill rate is officially adopted by the Town Council on April 24th. There will be two public hearings; one on Tuesday 3/27/2012 at 2:00pm, and the other on Monday 4/9/2012 at 6:00pm. Both will be held at Town Hall, Room 314 Legislative Chambers.