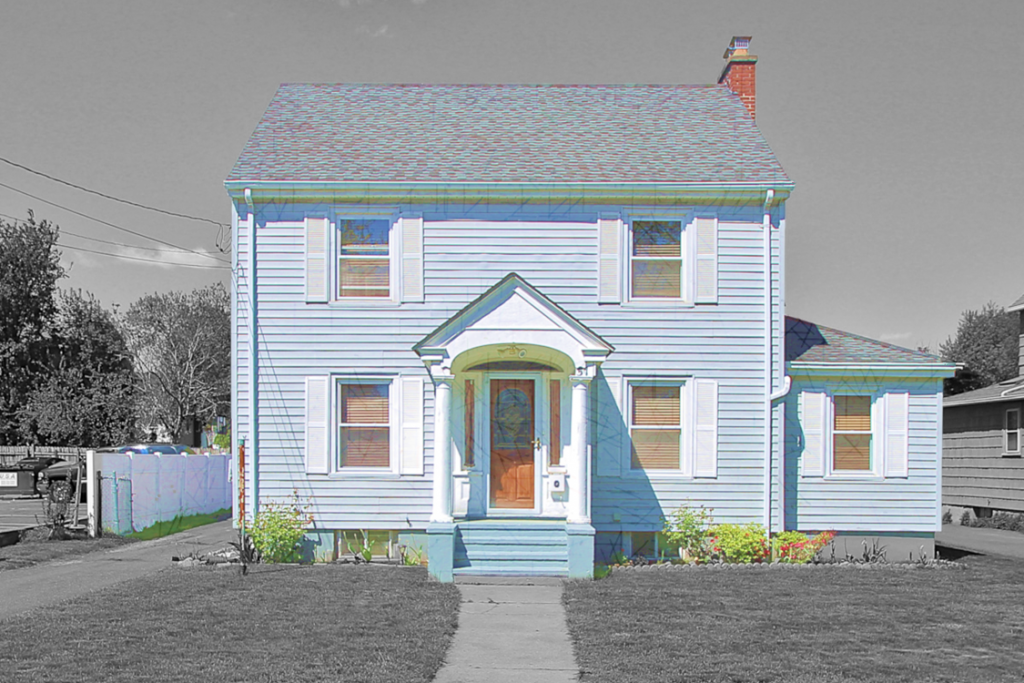 The 2021 real estate market is ultra-competitive for buyers in basically all price points below $700,000.

Houses are regularly selling above the asking price, and in some cases well above. Our analysis of first quarter closings found that 51.5% of the single-family sales closed over asking. April was even more dire for buyers as 65% of deals closed over asking. The table below also shows that the median winning bid in the deals that closed over asking crept up to nearly 5%. 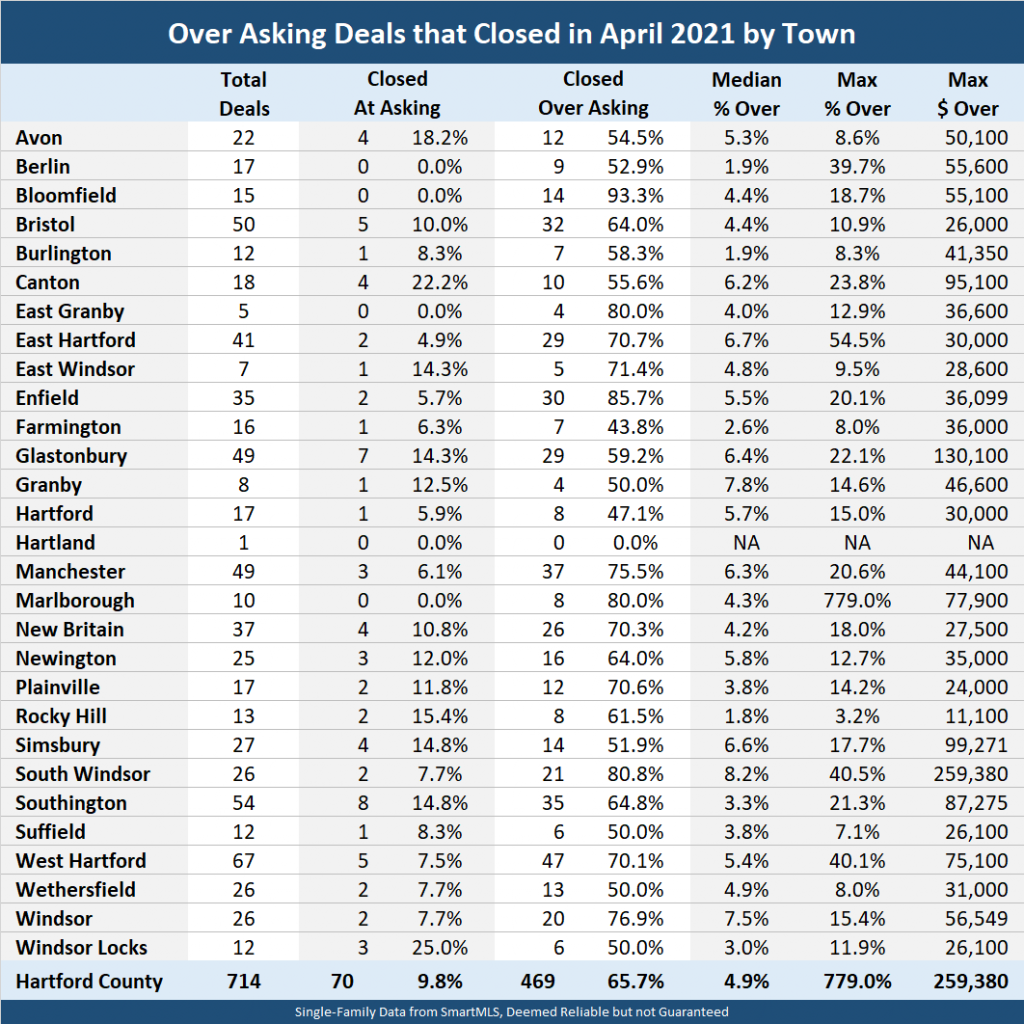 Based on the trends observed, increasing percentage of above asking deals and increasing premium above asking, it appears likely that the environment is getting worse for buyers. Our anecdotal evidence also supports increasing competition. Winning bids that are significantly over asking continue to be common.

Another note on the data is that we’re looking at the median premium that buyers are paying over asking. By definition, the median is the number at which half are above and half are below. So half of the sales that closed over asking closed for more that 4.9% over the asking price. Taking it a step further, nearly one third of all Hartford County single-family deals in April closed for more than 4.9% over the asking price.

Buyers serious about purchasing need to understand the current dynamic and plan accordingly. We recommend that they first determine the maximum that they are comfortable spending regardless of the house. Next they should focus their search on properties with asking prices of about 85% or less of the maximum. The nicest houses tend to sell for the highest premium, so if a buyer wants to be competitive they need to have room to bid over asking without exceeding their comfort level.

The table shows that there are variations by town, and separate analysis (published in the Q1 analysis linked above) shows that there are also variations by price point. Understanding what your specific market is currently doing is critically important. In addition to the mental framing, all buyers also need to line up their financing and understand the basics of the purchase process. Feel free to reach out if you have questions about how best to prepare.